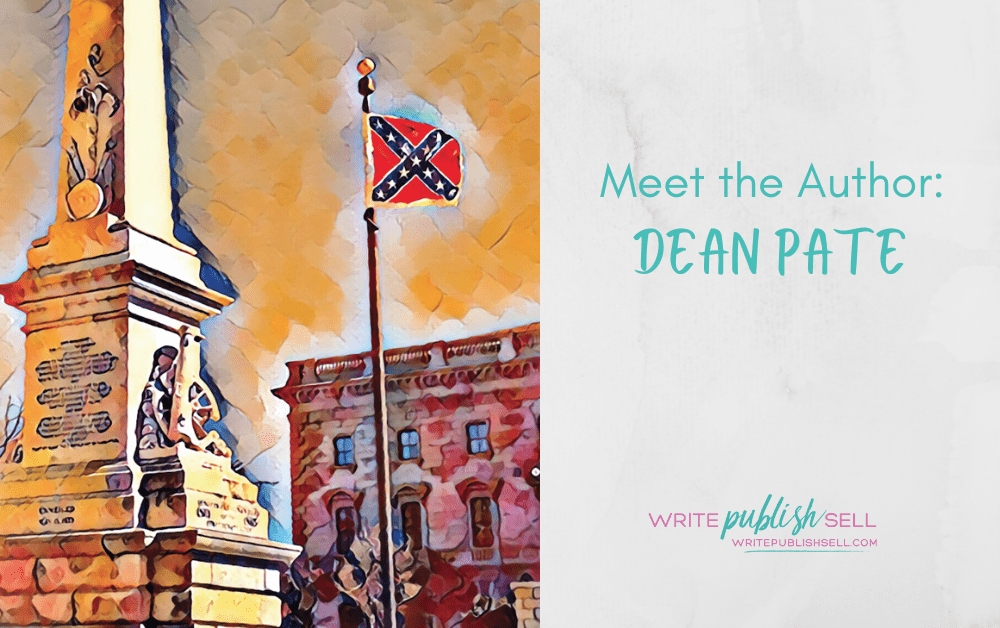 It’s time for another author spotlight! Today, we’re featuring Dean Pate as he launches his book Plagued by Bad Beliefs. We’re excited to share this exclusive interview with you as we celebrate the release of his book!

Dean Pate is a South Carolina native who spent years lobbying legislatures and the Congress on behalf of consumer-owned electric cooperatives and telecom companies. He worked twenty years in radio and television as a reporter and news director covering the state legislature, the Civil Rights and women’s movements from the mid 1960’s onward.

He grew up in a segregated small SC town and was raised on false beliefs about the Civil War and was taught American Exceptionalism as part of WW-II propaganda. The history he was taught didn’t mention the Trail of Tears and little about the devastating effect of slavery and Jim Crow laws on African Americans.

His views about what he was taught changed as he began reporting on the civil rights and women’s movements and saw how bad beliefs and attitudes about African Americans, textile workers and labor unions affected his state. He worries that the current political assaults on truth and fact threaten America’s ability to govern itself.

Please tell us a little about Plagued by Bad Beliefs.

It’s historical fiction about how men conspire to get people to believe bad ideas to protect their wealth and remain in power. It tells how the belief called racism was invented to keep working class whites and blacks from joining together and why textile workers were shunned. It also shows how labor unions were driven out of Southern states by businessmen using the same tactics used to shape the South’s false beliefs.

Why did you write the book?

I started out to just tell a story but the more I wrote, I realized what happens when communities embrace false ideas. False ideas get used to justify great harm done to those they consider different. My book runs from the heyday of slavery, through the Civil War and Reconstruction to the Great Depression.

It provides a background for how America’s democracy is at risk because, even today, there is a plague of bad beliefs.

Decades ago people did not like being shown facts and evidence that their beliefs caused harm to others.

Astute businessmen created news outlets to tell people their beliefs were not wrong. They were told their beliefs and they themselves were being assaulted by a national news media that every morning conspired to force evil opinions upon folks just like them. Thus began the (Don’t trust the mainstream media campaign).

Distrust in our information sources has made America weak, unable to respond to national emergencies. The Covid epidemic is an example.

Response to it was limited because people have been conditioned to view everything, including a health emergency, in terms of their personal politics. One million Americans died because too many saw a health crisis as a political issue. One million died because a political party did not want people thinking the other party was doing something good.

Crazy ideas which in the past died away for lack of audience, now have limitless outlets to mislead people.

Take for example someone hears of one corporation directing its retail sales employees to greet customers with Happy Holidays instead of Merry Christmas. This person passes it along to mislead folks into believing that all retailers are trying to stamp out Merry Christmas and Christianity itself.

The misleading idea is spread until it grows into a national issue. As a result business organizations and people are forced to declare their fealty to words used merely as a greeting, because some people believe saying Merry Christmas is more important than the products and services businesses provide.

And the persons or organizations that start all this are never held accountable for the hysteria they create, or the harm they cause.

America is retreating into communities and tribes. Whereas in the past the public would have been outraged if mobs tried to force the Congress to overturn elections, today there is a significant portion of the population that finds such violence against our system OK because they really want to believe bad information.

Their actions help erode our trust of each other – trust is at the foundation of the system by which we collectively live.

Who is this book for?

What is YOUR favorite part of the Plagued by Bad Beliefs?

The story of Mildred Turnage a woman whose strong-willed mindset was shaped by the blows and sharp crags she bounced off in life. She was married to an angry, alcoholic, abusive husband who got saved at a church, quit drinking and mutated into a book-worshiping, fundamentalist, angry, abusive man. After he blamed her lack of faith for the deaths of her babies, he dies, and she goes to work at a cotton mill. Even there she encounters abuse at the hands of a supervisor all because of societal norms and beliefs about the role of women. Mildred fights back over the course of her employment and takes the extraordinary step of daring to lead a union strike.

I have written short-stories for several years. This is my first book.

Do you have any other books? Where can they be found?

I have a series of short-stories I hope to assemble as a book within the coming months.

Where is the best place for readers to connect with you?